Discover who are and what
we do

Read all about what its like to
Research at Tula's

Read all about Events
at Tula's

Read all about Awards

From screening of popular as well as critically acclaimed films to interactions with stars, the actors shared their life experiences with Tulaites.

The trailer of the new movie ‘Cabaret’ directed by Pooja Bhatt was also screened during Dehradun International Film Festival.

The movies which were screened during the second day of DIFF were Zakhm, Tanu Weds Manu, Sitaron ke Pass Kalpana. 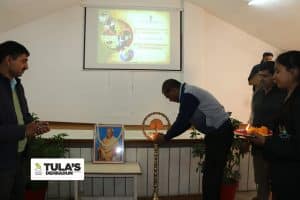